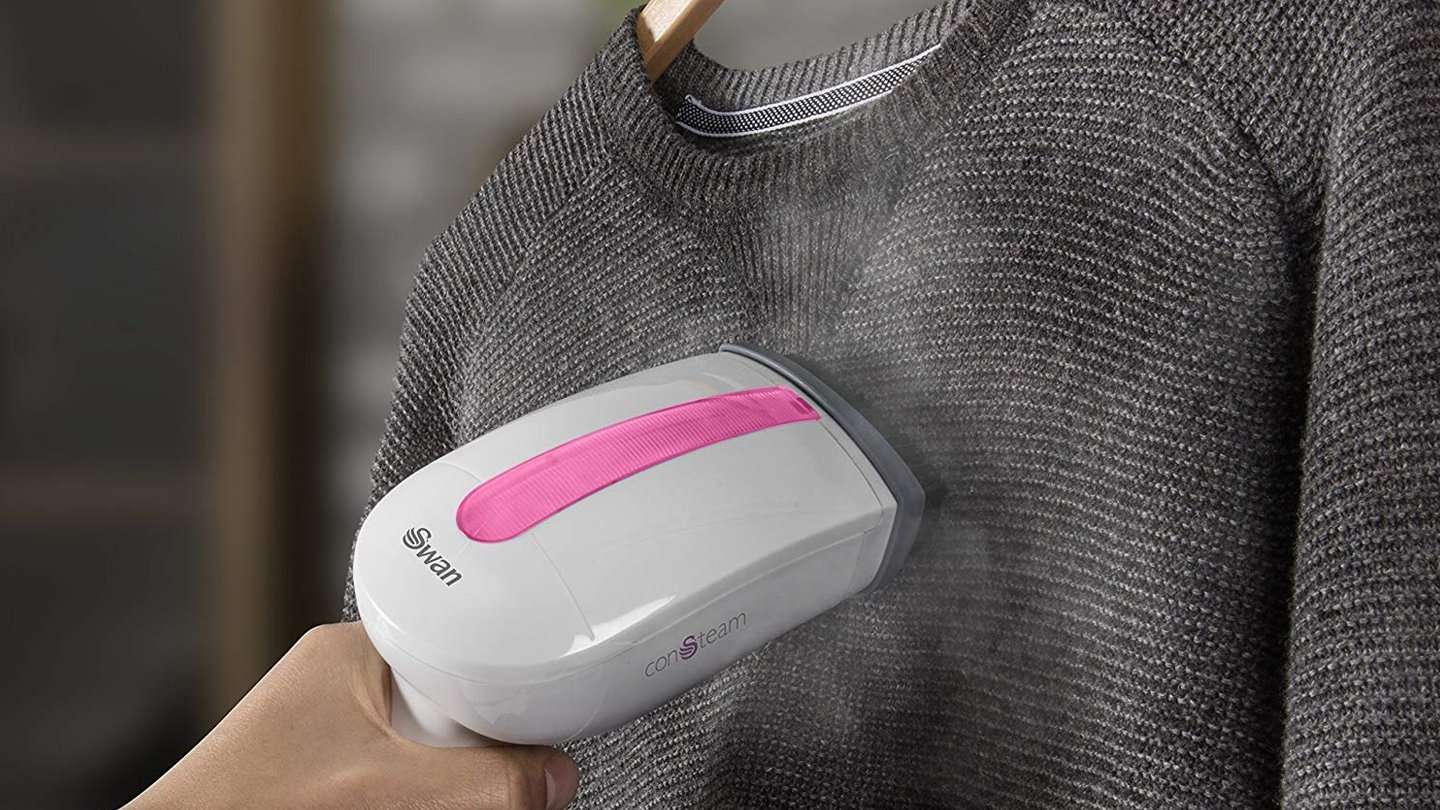 Ironing is a pain. It’s a dull, slow job that could potentially see you burning thin fabrics if you’re not careful. But with a top-rated garment steamer in your hand, you can de-wrinkle your clothes with far less effort. Our guide reveals some of the best cheap garment steamers you can buy right now.

Invest in a garment steamer and you’ll be spending far less time setting the ironing board up and waiting for the iron to spring into life. Popular models also have important safety features that’ll shut down the device when it’s not being used.

Our recommended garment steamers start at just £19, so even if you’re on a tight budget, you’ll be able to wave goodbye to the iron. Catch the details below.

How does a garment steamer work?

A garment steamer will remove wrinkles from your clothes like an iron, but they can be used vertically (on hanging clothes) or horizontally. These handheld gadgets are far lighter than clunky irons, but they’ll still produce enough heat to flatten out your clothes.

It’s a simple process – heat the steamer up, run it along a creased shirt and repeat until you’re happy with the results. With a traditional iron, you might create more wrinkles if your technique is bad – using a steamer is quicker and far easier.

Garment steamers are great for dealing with delicate fabrics. They’ll work their magic on thin materials such as silk and lace, but also have an impact on thicker clothes. Tempted by a brand new garment steamer? We’ve got the details on price below.

How much do garment steamers cost?

You can get a garment steamer for as little as £19, but the price will go up as you consider models with larger water tanks and quicker start-up times.

Even if your budget falls below  £50, big-name brands including Swan and Tefal have something to offer.

Prices for upright garment steamer kits, which have built-in hangers, can go beyond £100. Examples include the Beststeam Professional Steamer (£150) and Tefal Master Precision 360 (£189.99).

All of the garment steamers we’ve grouped together in our guide are on sale at Amazon for less than £50. Even at that tempting price point, big-name brands including Swan and Tefal have something to offer. 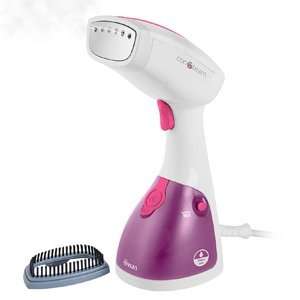 Yes, you can actually buy a capable garment steamer for less than £20. This model from Swan will kill bacteria and deal with odours while smoothing out your clothes.

To make the process of steaming your clothes as straightforward as possible, the Swan SI12020N can be used upright for hanging garments or flat.

Swan promises that this super cheap steamer, which uses an overheat protection system, can be used on soft cottons, silk and velvet. It’ll also work perfectly with bedding that needs some attention. This budget buy is compact, too, so you won’t have any issues finding a space for it when travelling.

The Swan SI12020N comes with a 250ml detachable water reservoir to save you from refilling too often. You’ll see instant results as you run the steamer across your clothes, with creases and wrinkles vanishing before your eyes.

Buy this cheap garment steamer today and you’ll get an accessory brush included in the box. With the brush, you can freshen up your carpets, bedding and sofas.

This Dodocool garment steamer takes around 60 seconds to heat up and will produce steam in 1-2 minutes. There’s a 180ml water tank attached to the handheld gadget, which Dodocool says will keep you steaming for around 12 minutes.

A carefully-designed steaming tip on this Dodocool will stop the steamer from spitting out hot water unexpectedly. There’s an automatic shut-off feature to make it safer.

Like the Swan model above, this steamer is small enough to chuck into your bag if you’re going travelling. Hold it with a steady grip and you’ll be able to de-wrinkle your clothes effortlessly – it’s far easier than a traditional iron.

Dodocool is confident that the nozzle on this steam cleaner will “perfectly distribute steam to remove stubborn wrinkles on all types”. You can try it out on light clothing, curtains, bedding, table liners, car interiors and more. 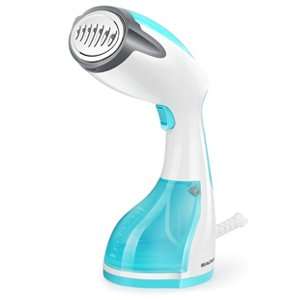 This garment steamer comes with a built-in 260ml water tank. It’ll work it’s way through wrinkled clothes for 15 minutes and takes less than 30 seconds to preheat. Unlike many other steamers, this one can be used both vertically and horizontally.

The Beautural steamer has overheating protection and will turn itself off after 8 minutes of inactivity. Running at such high temperatures, this affordable steamer will obliterate bacteria and dust mites for a healthier home environment. It works with most fabrics and effectively removes stubborn clumps of pet hair.

Out of the box, you’ll get the steamer itself, a fabric brush, lint brush, measuring cup and instruction manual. 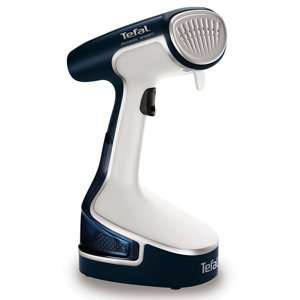 This Tefal steamer is a great option if you’re just about to head out the house and notice some small wrinkles in your best shirt. It’s compact, portable and easy to use, ready to steam in just 60 seconds.

You get a 0.2-litre water tank on this steamer, which will save you from setting up the ironing board. There’s also a bundled door hook that will let you hang your clothes up while you’re trying to de-wrinkle. An integrated counter rest will stop the Tefal from wobbling around when you put it down.

Tefal has included a fabric brush in the box. The product page explains that it “opens up the weave of the fabric for better steam penetration”. A steam cover on the Tefal DR8085 will protect the clothes you’re wearing from splashes of water.

The Aicok “wrinkle rocket” generates steam at high temperatures to remove bumps in seconds. Fast-heating technology means the steamer will be ready to go in less than 15 seconds, while the large water tank produces up to 14 minutes of continuous steam.

You can remove creases from clothes that are on a hangar, or you can use the steamer horizontally in the same way you’d use a normal iron.

Using the steamer is nice and simple. You press the iron down evenly on top of your clothing for a couple of seconds, pick it up and move it to a new spot. It’s worth noting that sliding the steamer back and forth could create shiny marks on your clothes, so be careful.

Again, if you’re looking for a steamer small enough to take on a business trip, this is definitely a contender. Take a closer look with our buying link below.

Read next: The 5 BEST Cheap Products to Reduce Back Pain